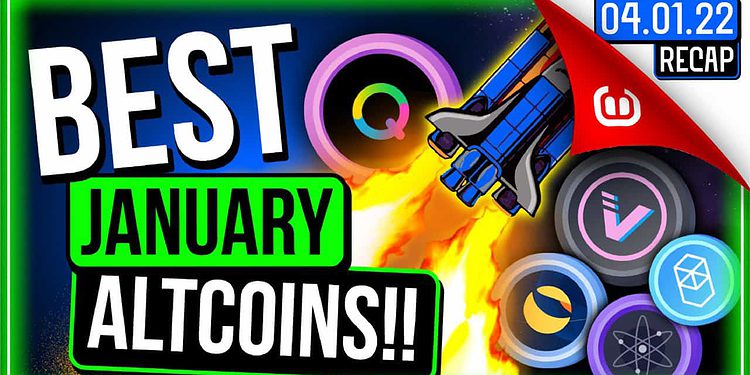 Bitcoin’s price is drifting sideways while whales accumulate, hovering around the golden ratio zone (the 0.618 point of the Fibonacci extension of the peak and bottom of a coin’s price). When the Bitcoin price falls below $45k, it gets picked up, indicating that whales are stocking up even more while the market trades sideways.

Bitcoin is projected to make a major breakout in the next seven days, but, in the meanwhile, it will trade between $50k and $46k.

Bitcoin dominance is sitting around 39% and showing symptoms of weakening, with a break below that level taking it to 35% – the lowest level of Bitcoin dominance ever – and maybe much lower.

However, whenever Bitcoin dominance has reached a low, a significant Bitcoin pump is anticipated, as the top cryptocurrency attracts the first money into the market.

However, because the momentum has shifted and altcoins are the biggest narratives in the market right now, Bitcoin dominance is unlikely to return to the 60% range.

The golden ratio has played out exactly with Fantom (FTM), which experienced a big drop to the zone at $1.4 from its $3.5 high in November.

Fantom (FTM) has seen a tremendous pump of 200% from the ratio zone, offering the ideal buying opportunity. If you have not yet invested in Fantom, wait for a retracement. If you do own Fantom, hold – an all-time high is imminent.

Cosmos (ATOM) is approaching a critical resistance level, and a breakout could occur at any time. Due to its recent run, the coin is not a recommended buy at the moment, but anyone who currently owns it is advised to hold.

Despite the pessimistic market mood, Cosmos (ATOM) and Fantom (FTM) are good hodl alternatives, since they will do well regardless of the market sentiment. And in the event of a market recovery, the network’s token will have even greater pump due to the traction they gained in recent times.

Qredo token (QRDO) is a great alternative right now. The coin has a lovely cup and handle, and it is projected to break past the $8 resistance level, before launching into a massive rally and price discovery mode.

Cardano (ADA) is looking great on the chart. The token is now sitting in the golden ratio zone and will see a significant increase in value once the market resumes its upward trajectory.

The ecosystem is also growing, having recorded the most developers activity in 2021, and with a couple projects set to debut in 2022 Q1.

THORChain (RUNE) has broken key levels and is now trading at the golden ratio, indicating its strength. The decentralized liquidity network’s relative strength index (RSI) has also broken, and the price weekly candle is at its lowest point. RUNE’s next resistance level is in the $12-$14 range.

The Render Token (RNDR) is still in the golden ratio zone, but it will take some time to gain interest and break through to the upside.

Solana (SOL) is advised for purchase at a price of roughly $160. Chainlink (LINK) is also a recommended buy.

Coins that have broken free from Bitcoin’s price stagnation may represent the start of a long-term trend that lasts until the end of 2022. A small number of altcoins will experience their own bull run.

The sentiment in the market is currently pessimistic, but the downward trend is not accompanied by volume. This implies that the significant players who control the majority of the market are still there, preying on paper hands and accumulating.

Altcoins in the golden ratio zones are good buys. Invest into coins that have decoupled from Bitcoin and could lead the next leg of the bull cycle.