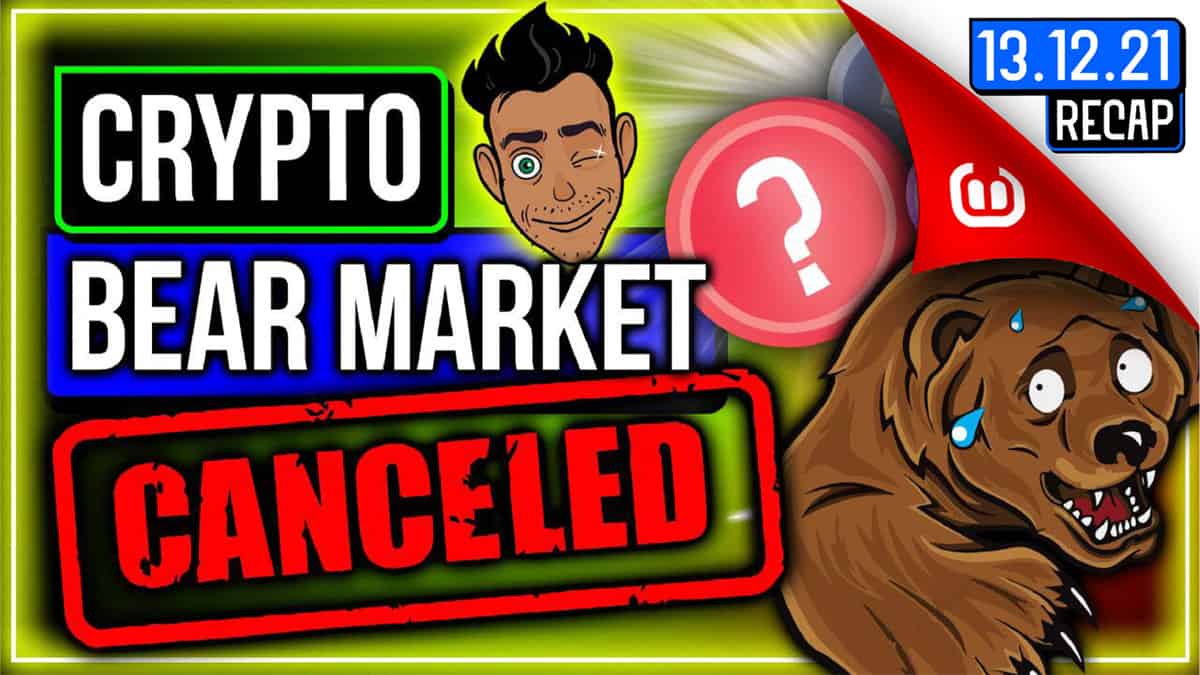 What to do next in a confirmed bull market?

The crypto bull cycle for 2021 is confirmed as the market evolves. One of the technical indicators that has served as support has been invalidated, which could indicate that the cycles are entering uncharted terrain. What this means for future bull and bear markets was explored on the show.

Despite recent losses, the stock market is nearly back to all-time highs, which is absurd and appears to have been orchestrated given the lack of accumulation movement.

The Consumer Price Index (CPI) for November came in at 6.8%, which is close to a four-decade high and in line with consensus expectations. It’s also worth noting that the difference between inflation and short-term interest rates is the widest it’s been since the 1940s.

With nearly all infected patients surviving, the new COVID variety (Omicron) spread that caused so much concern at first appears to have less potential than originally thought.

Using the Bitcoin halving event as the start of the bull cycle, as it has in the past, the market cycles path structure shows that Bitcoin is still lingering around the mid-channel and has not deviated considerably (on the micro timescale), while still making higher highs and lower lows.

The cycle top is historically defined as the point at which prices have reached the top of the logarithmic progression band and the relative volatility index (RVI or RSI) high. Even though the Bitcoin price is nearing a resistance of the mid-channel and should break past it, the RVI range is nowhere near the peak.

Closing below the 20-week simple moving average (SMA), as has already occurred, will cause concern, and closing below the 50-week SMA could indicate that the market will consolidate and trade sideways for an extended period of time.

The market will deviate from conventional market structure and past cycles if we get macro lower lows and 2-week RSI, and a longer downside can be expected (bear market).

The current market cycle is being driven by two narratives: Bitcoin as an inflation hedge, which was first proposed in 2017 but was only a theory; and blockchain as a revolutionary technology.

Furthermore, the bull markets of 2013 and 2017 were largely manufactured by investors betting on the potential of technology, which is no longer the case now that many people have adopted the technology. Kyle Samani believes the same way, as he shared in a recent Twitter thread.

Technically, the bull market is still going strong. There has been no notable divergence in prices as well as the on-chain metrics to indicate that the bull cycle has come to an end. Now is the moment to be patient, so zoom out and look at the market through the eyes of an investor.