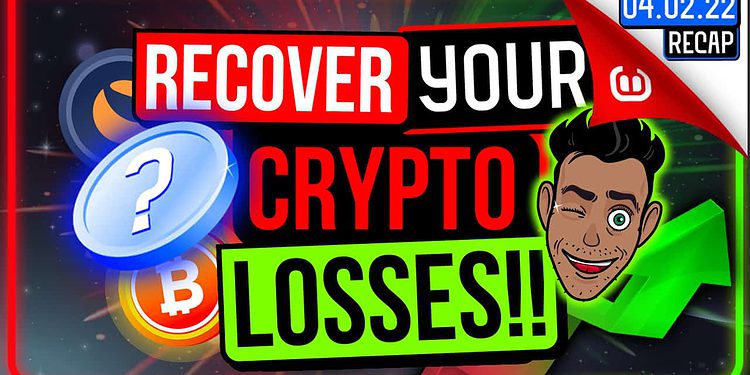 The most critical crossroads for the cryptocurrency market

Although Bitcoin is still in a slump, it is in a better position than it was just a few days ago. Bitcoin has deflected below the “McDonald’s” line and appears to be on its way to Rekt City. It has, however, got a lovely response as it climbs higher.

For most traders, the cryptocurrency price has been choppy and frustrating. A break of the descending trend line, which has consistently rejected Bitcoin price when it has been tested, would signal to many traders that it is safe to re-enter the market. This is why this is such a crucial level. A further rejection of the trend line would result in significantly lower price targets. On our show today, Sheldon examines the most crucial stages to start focusing on.

Although Bitcoin is still in a slump, it is in a better position than it was just a few days ago. Bitcoin has deflected below the “McDonald’s” line and appears to be on its way to Rekt City. It has, however, got a lovely response as it climbs higher.

The rising micro trend that had served as support since the sell-offs in the last week of December has now become Bitcoin’s next resistance.

What’s even more encouraging about the market is the fact that Bitcoin’s dominance is eroding, despite its recent big bounce, as a result of altcoins doing better. This indicates that Whales are exhibiting more confidence in the market.

This gives us a better idea of what to expect, because the last time Bitcoin’s dominance showed symptoms of weakness following a surge, it broke trend, and a full reversal occurred as altcoins caught up.

The stock market is displaying some signs of weakness, but it still has work to do, and it might follow Bitcoin’s route.

Ethereum is the most popular altcoin, and it is leading the way for cryptocurrencies to outperform Bitcoin. The second-largest cryptocurrency by market capitalization has experienced a massive surge in dominance.

The USDT’s dominance, which is now at an all-time high, is beginning to fade. USDT dominance accelerated to the upside as investors sold into stables in order to reduce portfolio risks during the sell-off. Now that it is losing pace, it might accelerate to the downside just as quickly.

If the USDT dominance closes at or below 4.4 percent, it will be beneficial to the market as a whole. As investors slowly return to the market, it could start dumping this weekend or next week.

With Ethereum leading the field and currently sitting on a micro barrier, the Total 2 marketcap (excluding Bitcoin) has seen a solid surge.

The next major resistance for the Total 2 market cap, like Bitcoin, is only a few percent away, and a breakthrough might see the market pump very aggressively, because there is no other major resistance in sight.

Ethereum (ETH) has broken above the first resistance trend line with a strong start, and is now aiming for the $3,100 level, where the next big resistance is located. This is where it may calm down before continuing on a rally.

The Sandbox (SAND) is holding up very nicely, with the retest on the resistance trend line turned to support solid entrances to capture before the party starts.

Chainlink (LINK) has kept its bullish structure and remains a good long-term investment.

Cardano (ADA) has maintained its long-term bullish structure, similar to LINK, with its primary support zone holding strong. This coin is a good investment around the $1 mark.

Polygon (MATIC) can go a little lower, and the $1.4 range is a good capitalizing zone. If Bitcoin breaks through the $42,000 barrier, MATIC will be one of the biggest winners.

Avalanche (AVAX) is trading in a pretty small channel, and if Bitcoin breaks out, AVAX could easily go on a 30% run to where its next major resistance is.

Fantom (FTM) is nearing the entry zone, and a final push could allow you to capitalize as a long-term investment if the price falls below $1.8.

Render token (RNDR) has also had a decent rebound, and RNDR is probably one of the coins you don’t want to miss if Bitcoin has a leg down and shakes out more weak hands.

Terra (LUNA) is a strong buy below $50, yet the key major support is between $35 and $40, which is the most tempting price level for whales.

Tezos (XTZ) is still flying and could have a pullback shortly. You’ll want to be on the lookout for this move, but if it doesn’t do so before breaking the resistance trend line, the resistance retest could be another buying opportunity.

VeChain (VET) is in a flag pattern, and a breakout may see the coin approach its next resistances of 30%, 50%, and 70%, respectively. That’s assuming Bitcoin does not undergo another market downturn.

Theta token (THETA) has begun to break out of an 8H flag and may be on the verge of a rally.

You should be salivating over the current ThorChain (RUNE) pricing, which is a steal. The coin prices are currently at a range where they have been three times before, all of which have occurred prior to mega pumps.

Another cheap option to keep an eye on is Zilliqa (ZIL). The coin, like RUNE, ADA and LINK, is in a major support zone, making it an excellent long-term investment.

The FTX cryptocurrency (FTT) is gaining traction and is currently testing a significant resistance trend line. It is recommended that you enter in two stages: purchase on the break and retest. The previous low should be used as the stop loss.

Ecomi (OMI) has escaped the brunt of the sell-off better than most altcoins. The token has a modest growth rate and strong fundamentals. The coin has broken free from a large wedge, forming a cup-and-handle pattern. It is expected to do exceptionally well in the long run.

If Bitcoin breaks through $42,000, you’ll need to set some cheeky targets for the following market boom. To optimize returns with corrections inbound at any point in this volatile market, more than half of your investment, and possibly all short-term targets, should have take-profit orders.