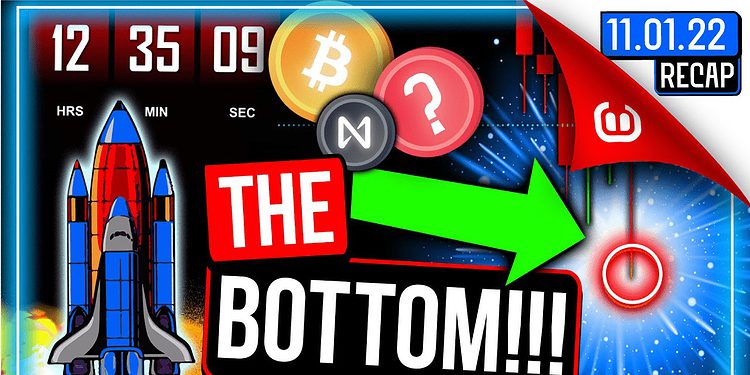 Bitcoin could have hit bottom after a massive bullish engulfing candle on the daily chart following a wick to the exact low it hit in September. The stage is set for a short squeeze.

Bitcoin could have hit bottom after a massive bullish engulfing candle on the daily chart following a wick to the exact low it hit in September. The stage is set for a short squeeze.

However, for a bullish flip confirmation, a key level must be regained. Sheldon dissects it and demonstrates the three indicators he’s watching for final confirmation!

Was that the bottom?

The cryptocurrency market could be set for a strong move to the upside now that it appears the sell-off that began on 4 December is coming to a close. With BTC plunging as low as $39.6k the bottom may be in sight.

Some very large orders went through yesterday, causing a major surge in volume. This could indicate that the market is regaining the interest that has been lacking in recent weeks.

Whales have been accumulating in recent weeks. They’ve not had an opportunity to execute their orders as they make bids, though, with price dips below $40k appearing to be a hotspot.

A slight wick went below the support zone, but the important thing was to close above it, which is exactly what happened, and no bullish structure was broken.

The $39k level that Bitcoin bounced from yesterday is critical to maintain the bull market for the remainder of 2022.

As the price fell, the US Tech 100 had an extended wick, but it closed exactly above support. This is an excellent sign as the global market recovers and gets back in shape.

What next for Bitcoin?

The $39k region appears to be a high-interest region for whales, as they immediately purchased the price level up. If we get another dip, the price level should hold steady with volume flowing in.

The last time we were in this area was in mid-September, when Bitcoin rallied by 75% in less than two months.

A bullish reaction, backed by volume, is likely when the market reaches levels of interest that whales find intriguing.

Bitcoin is projected to bounce back to $46k in the following days. If it fails to break above this resistance level, it will have to retest trendline support at $40k. This will not be the end of the market though, because the bull cycle will continue as long as the support trendline is held.

After breaking free of the bearish trendline barrier, Bitcoin’s dominance reached a new high with a lot of volume, indicating that it is attracting the most interest as the market recovers.

It’s also worth mentioning that the last time Bitcoin dominance broke out of a similar trend, it went on to have a 50% rally  and a 75% price increase.

However, given the fact other altcoins are gaining traction as confidence returns to the market, Bitcoin’s dominance is not projected to skyrocket as it once did.

Bitcoin dominance is now at 40% and could rise to 44%, which would be enough to push its price back above $50,000, giving the market confidence as whales demonstrate more conviction.

How altcoins are reacting to the market recovery

The market is nearing its bottom, with bears completely fatigued, and some of the major altcoins are in a good position.

Even if Fantom (FTM) did not able to break its all time high (ATH) during its run, it has rebounded well following the market sell-off and could be prepared to seek ATHs once more.

Ethereum has had a lovely test down of a falling edge, which has preceded a rally to the upside the last two times this happened.

Solana (SOL) has suffered a significant pullback and now sits comfortably in the buy opportunities zone.

Kusama (KSM) has seen a large pullback with little volume on the way down, implying that a reversal is on the way and that it may easily approach the next resistance level around $350.

Polkadot (DOT) has had a single impulse wave down. When the market recovers, it could return to the $34 – $35 level.

Cardano (ADA) has been on the fall for months and is due for a strong recovery because, like the upside, nothing goes in a straight line.

Chainlink (LINK) is in good shape, and a break over $32 will be bullish in the long run for the oracle provider token.

The stochastic RSI for ThorChain (RUNE) indicates that the current price is entirely oversold. Volume could break above the moving average, indicating that greater volume is on the way.

Polygon (MATIC) is a good buy around the current price level.

Qredo token (QREDO) isn’t a favorable buy despite the higher low in play. 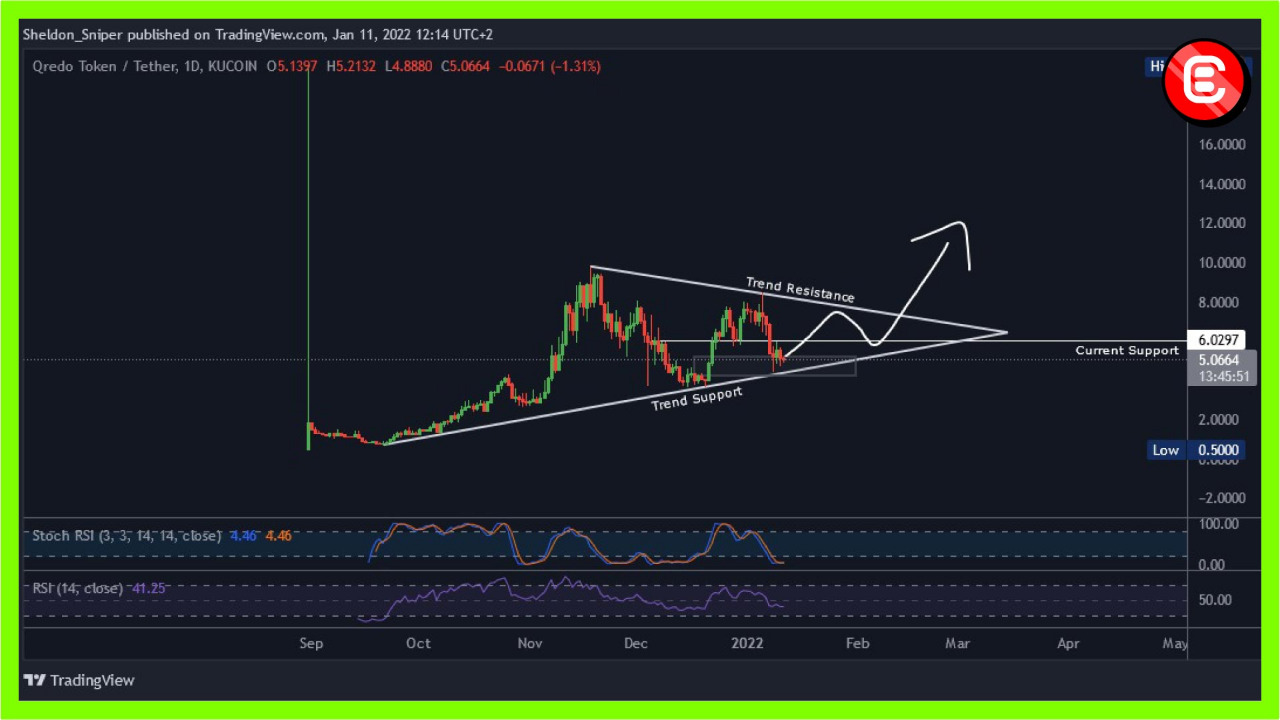 Where to invest for the best recovery?

Ran has put Sheldon in the hot seat again, asking him which altcoin out of four he thinks has the best shot at running hard in the next three months.

Out of Moonriver (MOVR), Kusama (KSM), ThorChain (RUNE) and Chainlink (LINK), Sheldon thinks RUNE has the highest chance to the upside. Which would you bet on?

The market is approaching the bottom as indicated by the entirely reset stochastic RSIs. It’s time to take a look at your portfolio, make some changes, and put your money in safe hands by selling shitcoins and investing in quality projects that will weather the storm and be around for when there is a major trend reversal.