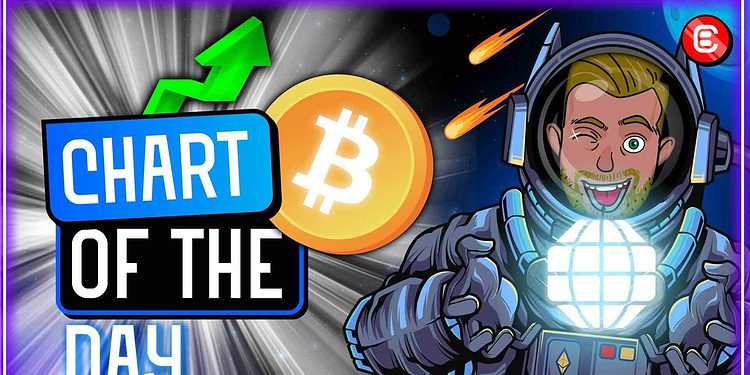 Let’s take a look at the Bitcoin Daily chart through the lens of one of the most commonly used key indicators: the Relative Strength Index (RSI).

Let’s take a look at the Bitcoin Daily chart through the lens of one of the most commonly used key indicators: the Relative Strength Index (RSI).

To give a few basics, the RSI (at the top there!) is a momentum indicator which measures the magnitude of recent price fluctuations in order to help evaluate overbought or oversold conditions in the price of a stock or other asset. The RSI is displayed as an oscillator (a line graph that moves between two extremes), and can have a reading from 0 to 100.

For those who are new to technical analysis, here is how the RSI is traditionally interpreted and used: Values of 70 or above indicate that a security is becoming overbought or overvalued, and thus, may be primed for a trend reversal or a corrective pullback in price. On the other hand, an RSI reading of 30 or below indicates an oversold or undervalued condition, hinting at a potential upturn.

The RSI also displays another important signal you hear about all the time: bullish and bearish divergences. These situations occur when a new high or low isn’t confirmed by the RSI readings. Hence, divergences can lead the price action into a reversal, and generate a signal to the trader that the price may change its direction soon.

As the RSI is a leading indicator, it does make sense to mark out the RSI chart and keep an eye on it, as there can be valuable clues as to what the price may do in the future. The RSI can be measured on all time frames, depending on the circumstances or trading strategy.

If we look at the Bitcoin Daily Chart since October 2021, we can clearly see that the RSI was “overbought” around October 20th, 2021, and started dropping from there. Yet, the price of BTC actually went up after that. The price only actually started to drop 30 days later, on November 10th, 2021. In this instance, the RSI gave us a clue during those 30 days that the price was about to turn to the downside.

If we take look at the BTC chart currently, and trace a basic Daily Resistance Trend line on both the RSI, and the BTC price, from the highs in October/November to the current lows, we can see that the RSI has actually already broken through that Daily Resistance Trend Line. Yet, the price has still to break though.

So, the RSI in this instance is giving us a bullish indication of a trend reversal, and we might tend to think that the price could possibly follow suit in the next couple of days. Be ready! The RSI can thus be seen as a very important indicator for charting analysis, especially when a move in the market is on the horizon.